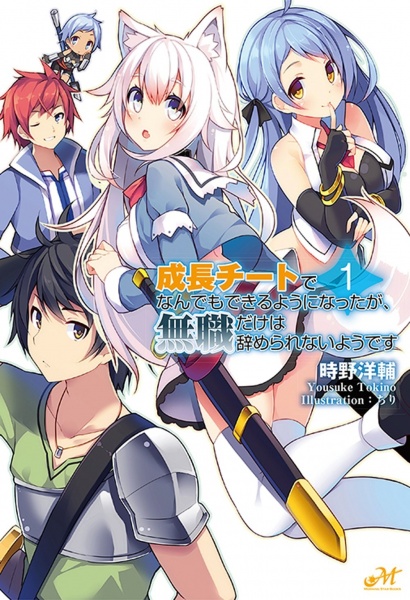 I, Ichinosuke, failed to get a job for 100 consecutive times. Furthermore, my record is still being updated as unemployed.

On my way to a job interview, I was involved in an accident with a truck and tragically passed away.

And then, a Goddess bestowed upon me the ability to grow at a speed 400 times faster than normal, before sending me to a game-like otherworld.

However, knowing that I would not become stronger even if I continued growing while jobless, I aimed to get a job, but I found out that it was my terrible fate to remain jobless.

As my Growth Cheat and Jobless Cheat existed side-by-side in this otherworld, an adventure record, no doubt certified by the job-placement agency as a harmful book, begins here. Chapter List Start reading