Magika no Kenshi to Shoukan Maou 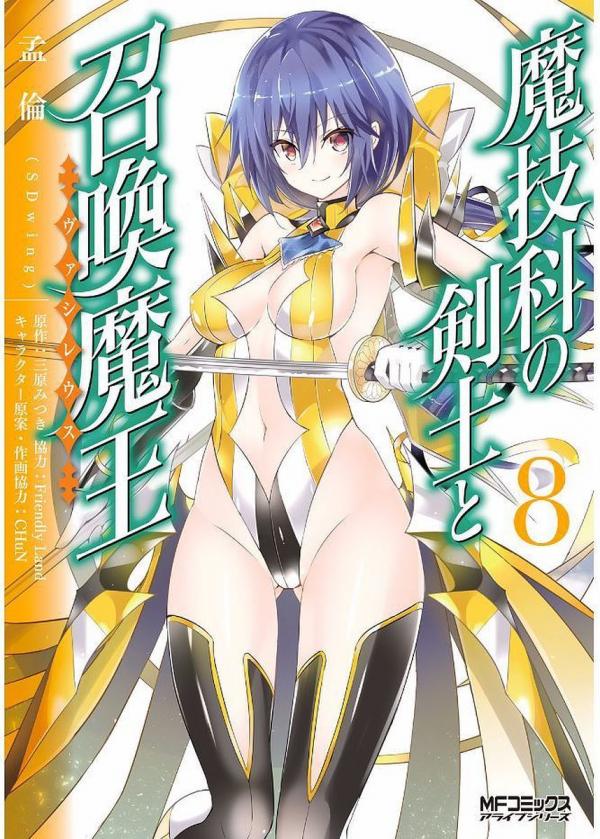 15 years ago the world discovered magic as well as mythical beings (basically beings from various legends) in another dimension. Humankind learned to summon these dangerous mythical beings and use their power to great effect. 7 countries formed contracts with these "Diva" and gained their alligence as a result. Diva will chose their summoners on their 14th birthday and give them a stigma. Schools have been set up to train summoners and magical swordsman (basically bodyguards that give the summoners time to cast their spell) as a result.15 years later after the finding of magic Hayashizaki Kazuki is chosen as a summoner and given a stigma to indicate that. This is surprising since males aren't chosen as summoners due to their low amount of mana compared to females. As the first male to be a summoner Kazuki is under a lot of scrutiny by almost everyone.To complicate matters his sister (who's a magical swordsman) is against him going into summoner school to train there as a summoner. Because summoners and magical swordsman have a cat mouse thing going on where summoners look down on magical swordsman as inferior so his sister naturally is against him going there. She'll stop him even if it means going to war.Kazuki however is determined to thrive in summoner school and have already determined to give it his all. Even if he's the lowest ranked student (ranked E) and his fellow students intend to demean him he'll prove himself as the strongest summoner.Adaptation of the light novel written by Mihara Mitsuki and illustrated by CHuN.The manga is published in Monthly Comic Alive, a seinen manga magazine by Media Factory. Chapter List Start reading