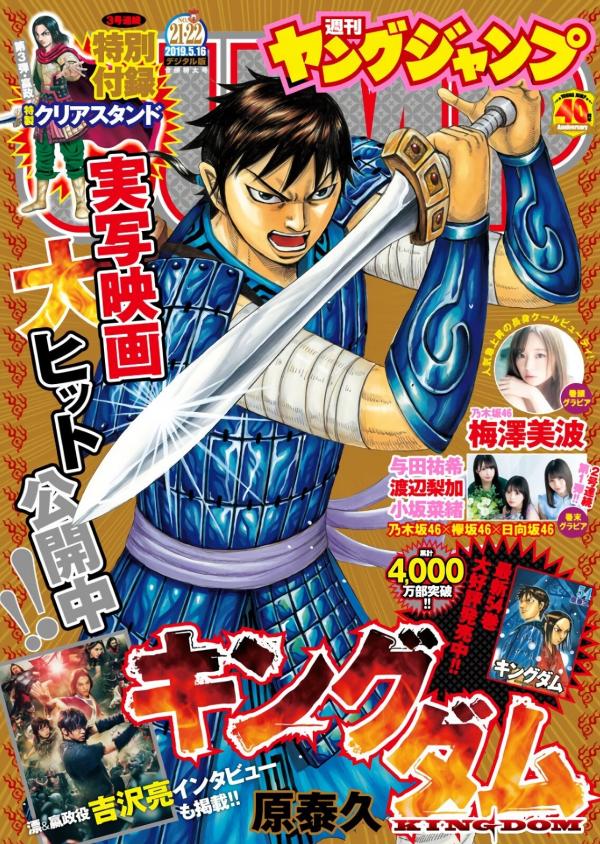 Born during the Warring States period of ancient China, Xin(Shin) and Piao(Hyou) are war-orphans working as servants in a poor village in the kingdom of Qin. However, they dream to become the "Great Generals of the Heavens" and train daily. One day, Piao(Hyou) is taken to the palace for an unknown purpose by a minister and Xin(Shin) is left behind. A few months later, Piao(Hyou) returns to the village on the verge of death, urging Xin(Shin) to travel to another village. There, Xin(Shin) meets a boy nearly identical to Piao(Hyou), Ying Zheng the current King of Qin. Xin learns that Piao served as a body double for Ying Zheng and was mortally wounded in a power struggle for the throne. Though initially furious at Ying Zheng(Ei Sei) for causing Piao(Hyou)'s death, Xin(Shin) decides to seize the opportunity and aids Ying Zheng(Ei Sei) in ousting his younger half-brother Cheng Jiao(Sei Kyou) and reclaiming the Qin throne. Successful in this endeavor, Xin(Shin) starts his military life as a Qin soldier and then commander on the battlefields of the warring states of China. He relentlessly pursues his goal of becoming the "Greatest General in the World", also helping King Zheng(Ei Sei) of Qin achieve his dream of unification to end the incessant warfare once and for all. Chapter List Start reading