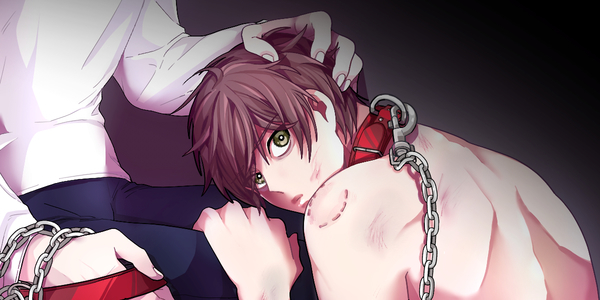 Jinyoo’s life is a living hell—he’s become a hermit due to an abusive father and a traumatic bullying experience. But just when he thinks life can’t get any worse, he is kidnapped by his high school classmate, Gyuh-wool, who’s developed a twisted obsession over him. Jinyoo quickly learns that there is no escape… The only way to survive is to obey Gyuh-wool’s orders. WARNING: This comic contains triggering content, such as graphic depictions of violence, imprisonment, bondage, and rape. Chapter List Start reading