In Regards to My Reincarnation as a Slime 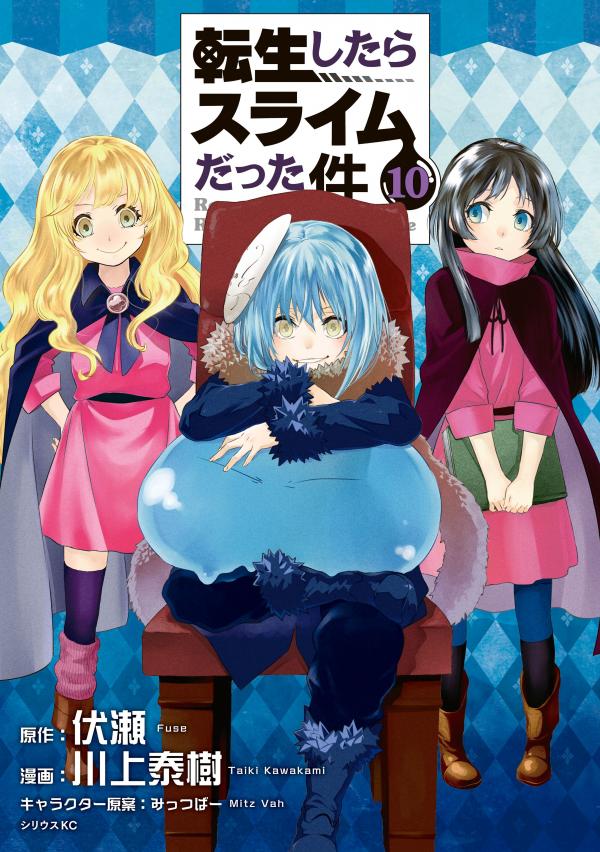 Synopsis from light novel of manga that's also translated at https://alyschu.wordpress.com:Minami Satoru who lived a normal life was stabbed by a passing ruffian, closing the curtains of the 37 years of his life… It should have been like this, at least. But he suddenly found himself not being able to see nor hear... In this kind of state, he became aware of the truth: he had reincarnated into a slime. While complaining about becoming the weak but famous slime and enjoying the life of a slime at the same time, Minami Satoru met with the Catastrophe-level monster “Storm Dragon Verudora”, and his fate began to move. ——— After getting the name “Rimuru” from “Verudora”, and about to start a life in this new and unknown world, he was suddenly caught in a conflict between Goblins and garo (Fangwolves) tribes, and unwittingly became the ruler of the monsters…With the ability [Predator] that can seize an opponent’s abilities and [Great Sage] that understands every rule and law of the universe—The legend of the strongest slime with these two abilities as weapons, now begins!Webnovel Raw: http://ncode.syosetu.com/n6316bn/Novel Translation Info: http://www.novelupdates.com/series/tensei-shitara-slime-datta-ken/Korean Manga Scanslation: http://marumaru.in/b/manga/84591 Chapter List Start reading