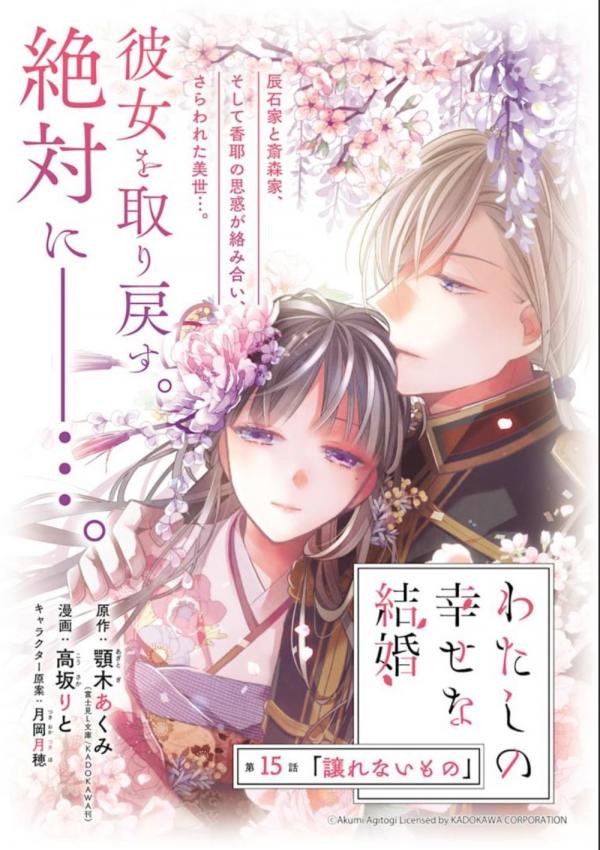 I wish for an ephemeral “happiness”… Despite being born into a family with unusual powers in its bloodline, Saimori Miyo had not inherited any special abilities. Moreover, she was treated like a lowly servant by her half-sister, who in an ironic twist of fate had awakened an ability of her own. Unloved by her parents and shunned by all, Miyo was a forgotten daughter. Even her childhood friend, her one and only ally, chose to marry her half-sister in order to take over the estate. Seen as nothing more than a hindrance, Miyo is married off to the Kudou family. To a man rumored to be cold and ruthless… Adapted from a light novel! Japanese-style fantasy x Marriage. A story of love blossoming from marriage. Chapter List Start reading