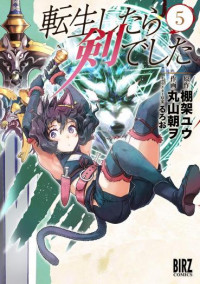 When he realized it, the protagonist was in another world and had become a sword that was stabbed on an altar in a great plain, crowded with devil beast. The world he was in had a game like system; HP, MP, Strength, Vitality, Agility, Intelligence, Dexterity, Titles and Equipment. Following his instinct as a living sword, he traveled to find the one who could be his wielder, until he met with a cat girl that was about to be attacked by a bear type devil beast. Chapter List Start reading