I May Be a Mob, but Because My Bias is Here Everyday is Fun 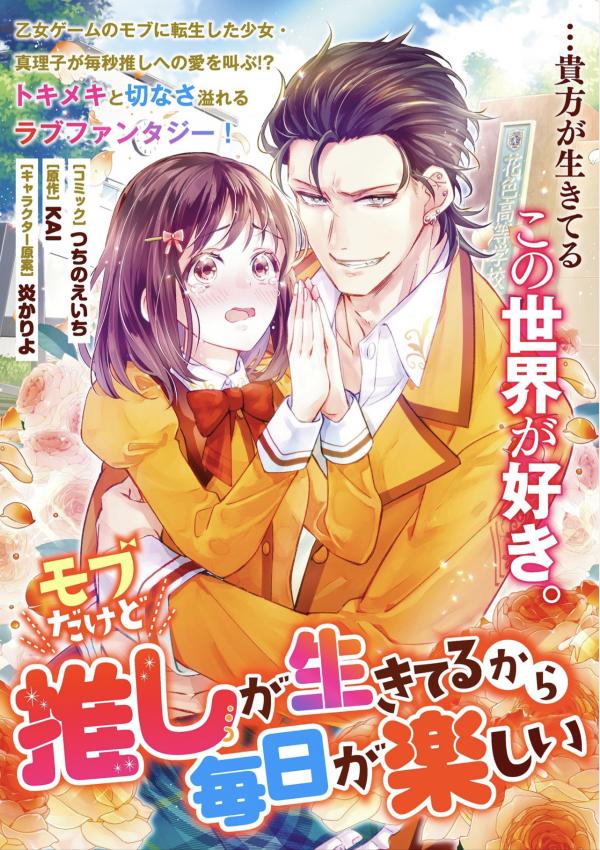 "I love this world where you are alive. …Thank you. Thank you for being born." Mariko Takahashi, after realising she had been reincarnated into "Kimi Haru (Your Spring)" - an Otome Game she had been addicted to in her previous life, and after seeing her number one bias - Taiga - for the first time, immediately confesses her love for him. From that day onwards, the strange relationship between the two began where she would be at Taiga's side the second he called for her, or be on the phone with him until he fell asleep for the night. Mariko would have been satisfied simply being at Taiga's side, but sometimes he would make a troubled, sad expression on his face her way-- A story of a girl reincarnated into an Otome Game proclaiming her love for her bias each and every second she gets! A long-awaited love fantasy full of excitement and sadness is now serialized! (Translated from ZeroSum Online) Chapter List Start reading