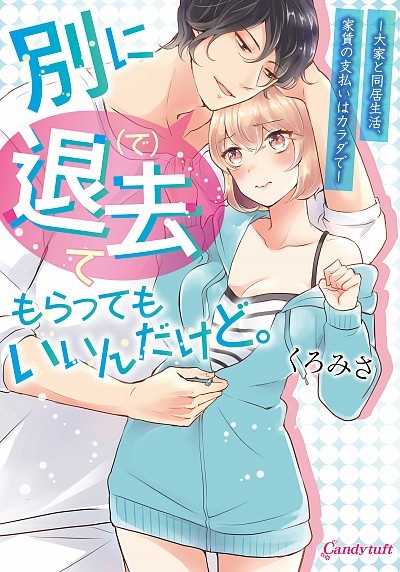 Mio goes to her landlord to negotiate her lease renewal, but the man that comes to the door, Sakuraba Koichi, has a mean look about him and looks quite well-built. Under the pressure of terrifying negotiations, Mio thinks, "If I don't pay, I'll get evicted!" Even taking drastic measures, she can't get him to budge. "How far would you go to avoid getting kicked out?" When Koichi asks this, he begins to unzip her hoodie!! Teasing her with his fingers and tongue until her panties are soaked, she moans more and more, while Koichi keeps taking things further and pushes her over the edge! After they've fooled around, he tells her that he doesn't require a lease or rent. With a sadistic smile, he tells her that the place he's talking about... is his own apartment! Chapter List Start reading