Encore of the World’s End 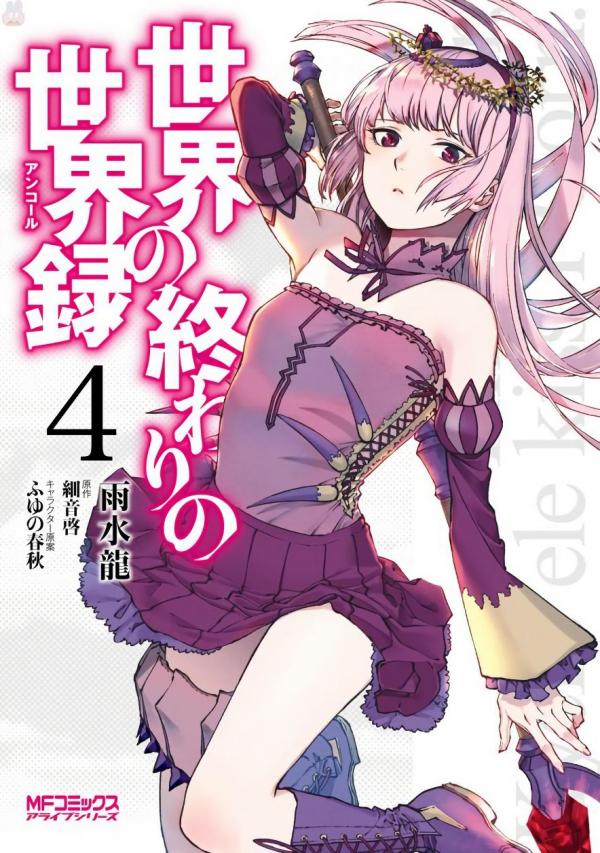 The valuable treasure, the “Encore” which was left by the legendary Elline the Brave Hero, has the recording of the end of the world and the reincarnation of the world. The countries and brigades (parties) all over the world are searching for its whereabouts; the age to fight for the Encore. The boy called Ren who wants to become a knight has no talent in wielding swords despite looking exactly like the Elline the Brave Hero, he has been having a lifestyle where people taunts him as the “Fake Brave Hero”. The one that appears in front of him is the legendary Dragon Princess Krische, who had woken up from her seal. She mistakes Ren for Elline, though she gets disappointed since he simply looks like him, but she later finds out a hidden potential in him. And she invites him to the journey to find the Encore together with the Archangel Phia and the Demon-Lord Elise that saved the world before. “Do you want to come with us?”. —This is the prelude of wild excitement played by the heroes. The boy known as the fake Brave Hero cross paths with the legend now!adapted from the light novel series of the same name Chapter List Start reading