I Met the Male Lead in Prison (Princess Alliance version) 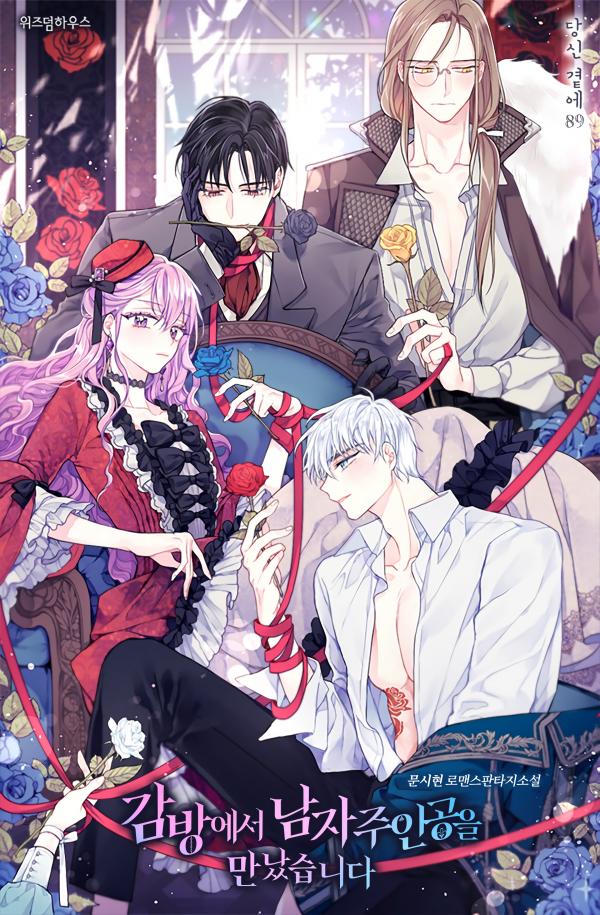 I met the male lead in prison. Okay. I get that I transmigrated into an R-19 tragic romantic novel, but why is he like this? “Arf! Arf! Arf! Grrrrrr…” I can’t believe this guy is held by a curse that makes him act like a beast… And that’s not the end of it, because he then returns to normal for a moment. “I-i-if you aren’t g-going to take responsibility for what you did to me, th-th-then don’t t-touch me!” At any rate, I felt relieved that I probably wouldn’t have any sort of romantic interactions with this guy. A year later… “Th-th-the day I leave this place, please…m-meet up with me!” Well, it wouldn’t be a big deal to meet him once. But then, when I was released from prison… *** “Welcome back. My lovely younger sister.” The day of my release, a man approached me. It turns out, I’m the villain’s sister. “You must have suffered going to prison in my stead. I waited only for you.” …F*ck. My brother is the male lead’s sworn enemy? *** 3 years later, I met the male lead again. He looked totally different than when I last saw him. “It’s been a while, Iyana. I’m going to kidnap you now.” Chapter List Start reading