On The Way Home, I Got A Bride And Twin Daughters, But They Were Dragons 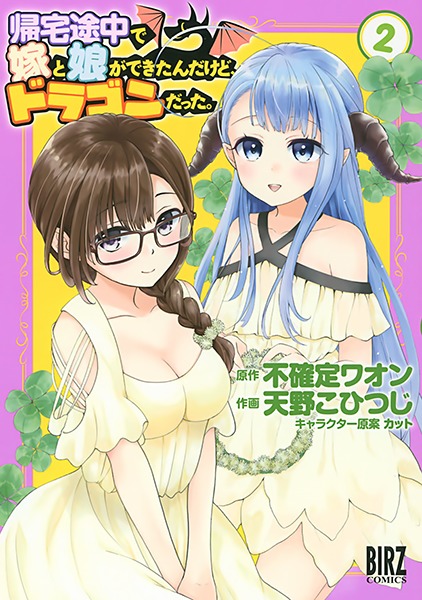 Thanks to my old man doing his best, despite it being on a two-generation housing loan [TL/N: Payment is split between parent and child due to high property prices], I was able to get my very own single-family house! As I went shopping on the evening of the day I moved in on my younger brother’s request, I was asked for help by a lovely blue-haired girl. Told it was a kidnapping, I took out the perpetrator with a lariat, and what appeared were actually two large eggs. As soon as I touched them, they split and two baby girls appeared! At that moment, the blue-haired girl called out, “You’re the dad!” Chapter List Start reading