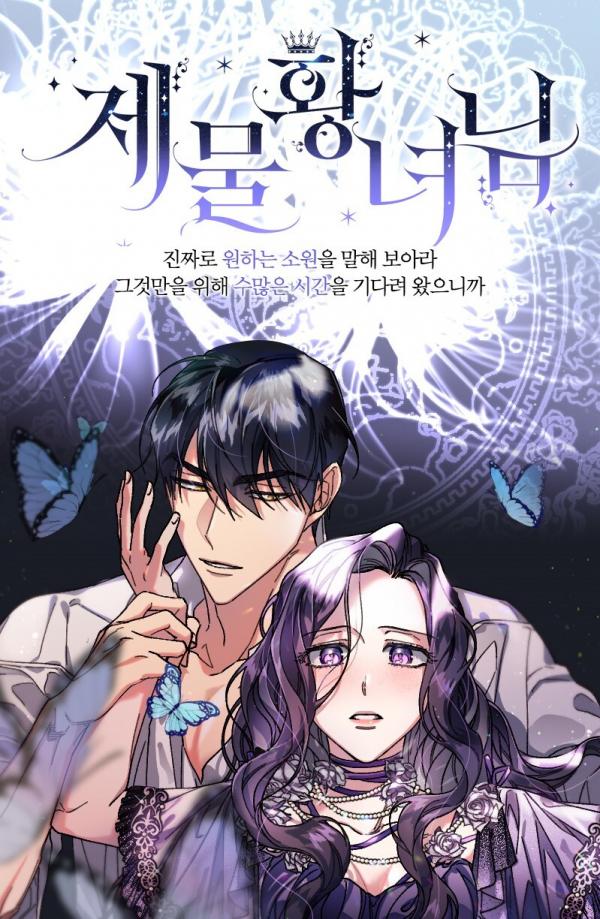 “You, who has always been useless all your life, can now be useful for once.” Ludis, an illegitimate child of the Emperor, was always abused by her own father due to her lameness and uselessness. She was offered to an ancient god so as to save their Empire that was currently in crisis. In the midst of offering herself, a man approaches her. ‘Who would have thought that I’d die in this way…’ “What’s your wish?” Hair as dark as the night sky and eyes as bright as the stars. Ludis found it harder and harder to breathe being next to him. “I don’t know what to wish for.” “Tell me anything you want. I’ve waited for five thousand years just to give you what you want.” The princess, Ludis, who became a sacrifice for the Empire, is now in a contract with the ancient god, Lavane. Chapter List Start reading