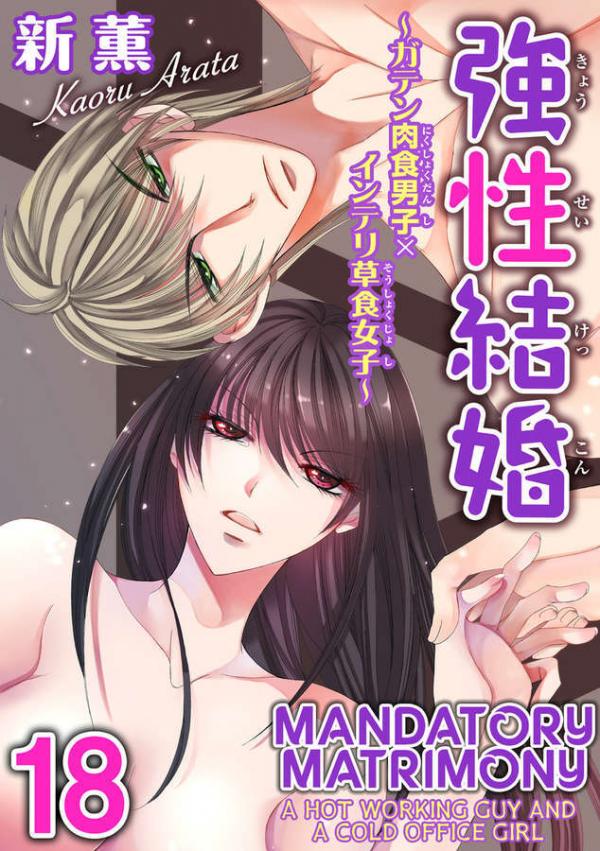 A rapid decline in birthrate forces the government to implement a mandatory marriage system. Two complete strangers have no choice but to marry one another! If you refuse, you can get fined and lose your job! If the married couple can't find common ground within two weeks of cohabitation, they can go their separate ways. Nanao, an ice queen at her office, suddenly finds herself forced to marry a brazen construction worker who doesn't let her out of his arms every night until morning! Just what is going to happen to this mismatched couple!? Chapter List Start reading