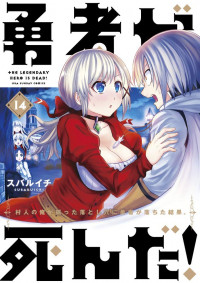 Three Years ago a Hero sealed a Hell Gate. The Seal has been weakening ever since, sporadically letting Monsters through. After a big Group of Monsters entered the Country through a Hell Gate, the profession of Heroes was needed again. Touka Scott a small Radish Farmer in the southern Town of Cheza is prepared for sudden Monster Attacks. He built himself a hidden Pittrap with Bamboo spikes, to lure unsuspecting Monsters in if they ever try to Attack the Village. Suddenly a Monster attacks. Touka tries to lure it into the Trap with freshly roasted Bacon, but the Monster dislikes this type of Meat. Thankfully the local Hero saves the Village from the Monster in the nick of Time. The hungry Hero tries to grab a bite of Bacon after vanquishing the Monster, only to stumble into Toukas Pittrap and Die. After causing the local Heros Death, Touka is forced to take matters into his own Hands to protect the Region from attacking Monsters. Chapter List Start reading